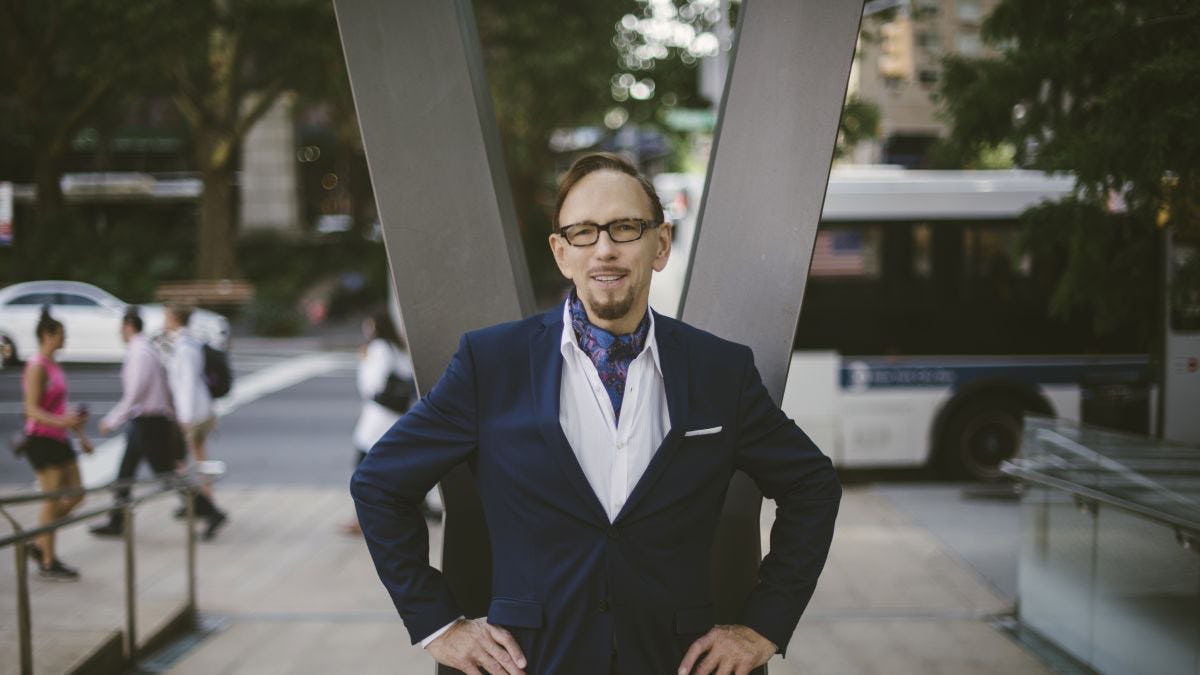 Richard M. Kielar ’70, photographed in New York this past summer, is president of Arts Producer Plus LLC, where he produces dance programs and shows and provides fundraising and marketing consulting for dance companies and nonprofits. Photo: M. Cooper

When we caught up with the producer Richard M. Kielar ’70, he had just returned to New York City from a trip to Paris, where he attended several performances at an international summer dance festival, as well as at the famed Paris Opera House.

“I try to keep up with who the best dancers are in the world and what the most interesting pieces of choreography are, so that I can put together the best program possible.”

As president of Arts Producer Plus LLC, Kielar produces dance programs and shows, as well as provides fundraising and marketing consulting for dance companies and nonprofits.

He graduated from Stevens with a B.E. in structural engineering. Initially, the Scranton, Pennsylvania, native came to Stevens to study design engineering, dreaming of one day designing the next Verrazano-Narrows Bridge or Transamerica Pyramid in San Francisco.

His glittering description of his first visit to Stevens’ hilltop campus showed he had an eye and appreciation for theater even then.

“They had a reception in the [Howe Center] dining room and they brought out all the Stevens family silverware, the candelabra, the serving dishes,” he recalled. “It was evening and the room was candle lit. The Stevens Glee Club members, dressed in tuxedos, came in and sang. And from the dining room, we could see a cruise liner, all lit up, passing by on the Hudson. It was like a movie scene.” As fate would have it, when Kielar enrolled at Stevens, he became a soloist with the Glee Club.

Kielar’s immersion into New York City’s exciting theater world began while at Stevens. He balanced his engineering studies with humanities courses such as “Criticism of the Arts”.

“For that class we had to go into the city once a week and see a play or movie and then write a review. That was really fun, and balanced my technical courses.”

His talent as a writer shined in other humanities classes, including philosophy, management psychology, and psychology of the personality. It was a talent that altered the course of his career.

Rather than going to work at General Dynamics in San Diego after graduation to design aircraft structures, as he had originally planned, a fortuitous meeting on campus with a recruiter from McGraw-Hill Publishing Co. kept Kielar in New York City.

“I always liked to write and report on stories so I submitted some writing samples from my humanities classes. McGraw-Hill made an offer the next day and I accepted.”

He began at McGraw-Hill’s Engineering News Record, one of the many trade magazines under the umbrella of the publishing giant, and also wrote for Architectural Record and Business Week.

He became the youngest senior editor at Engineering News-Record at the time. During his eight years there, the makings of a showman emerged as Kielar developed a reputation for memorable and effective sales events.

“I would run around the office looking for people who could dance, sing or do acrobatics in order to build energy for a sales presentation. I became the go-to guy when sales and marketing needed pizzazz.”

After McGraw-Hill, Kielar spent three years at a public relations agency before attaining a coveted communications position at Tishman Realty & Construction Co., one of the most significant real estate developers and builders in the world, most famously associated with the construction of the John Hancock Center in Chicago and the original Twin Towers in lower Manhattan.

As senior vice president of corporate marketing and communications at Tishman, Kielar directly oversaw media relations for many high profile projects, including the renovation of Carnegie Hall and construction of Alvin Ailey American Dance Theater’s headquarters and studios. Most notably, the company’s development projects, such as the building of new hotels in Walt Disney World or in New York or Chicago, offered Kielar the opportunity to produce large-scale groundbreaking and grand opening events.

It’s all about the photo-op

“Shovel and dirt are so boring,” Kielar bemoaned when describing his show business approach to staging those events.

To generate attention for Tishman projects, he used his connections in the dance and theater world to hire professional performers and production managers to handle lighting, sound and other details typical of a Broadway-style production.

“For the ribbon-cutting at the Westin New York at Times Square, I hired about 20 chorus line dancers to dance, as a backdrop for the governor, the mayor and Chairman John Tishman. And all those pictures got into the media,” he cited as an example.

Two years after Tishman was bought by Aecom Technology Corp. in 2010, Kielar left the company after more than three decades to start his own producing and consulting company.

“I learned all the producing, budgeting and contracting of events through my years at Tishman because I was the lead for these major productions. I was also on various artistic advisory committees. As a result, I was always doing something in the arts.”

Whether he’s producing large dance galas for a big arts house like the Music Center in Los Angeles or looking for performance talent, Kielar is always planning for the next great production. After a lifetime of watching live performances, he’s pretty much seen it all. But a recent performance of dancers and drones at the Parsons Dance Company was something he had never before witnessed.

“I saw it in rehearsal. The drones hovered over the dancers and they interacted with the drones in their movements. It’s challenging because in a theater you need certain points from which you can set up the electronic grid for the drones, and you have to consider the safety of the dancers. Lots to consider there.”

Although his career has always incorporated his passions, Kielar cherishes his free time away from business and work, in search of new experiences and discoveries even in his hometown of more than four decades.

“I try to go to each section of the city at different times of the year. I’ll take a subway up to the tip of Manhattan and walk down 50 blocks in the morning to see something different.”

Having interests outside of his career and academic study has always been the key to a rewarding and fulfilling life, he says.

“I think you become a more interesting person in that way, and you then attract people who are curious about life around you who stimulate your own mind intellectually.”