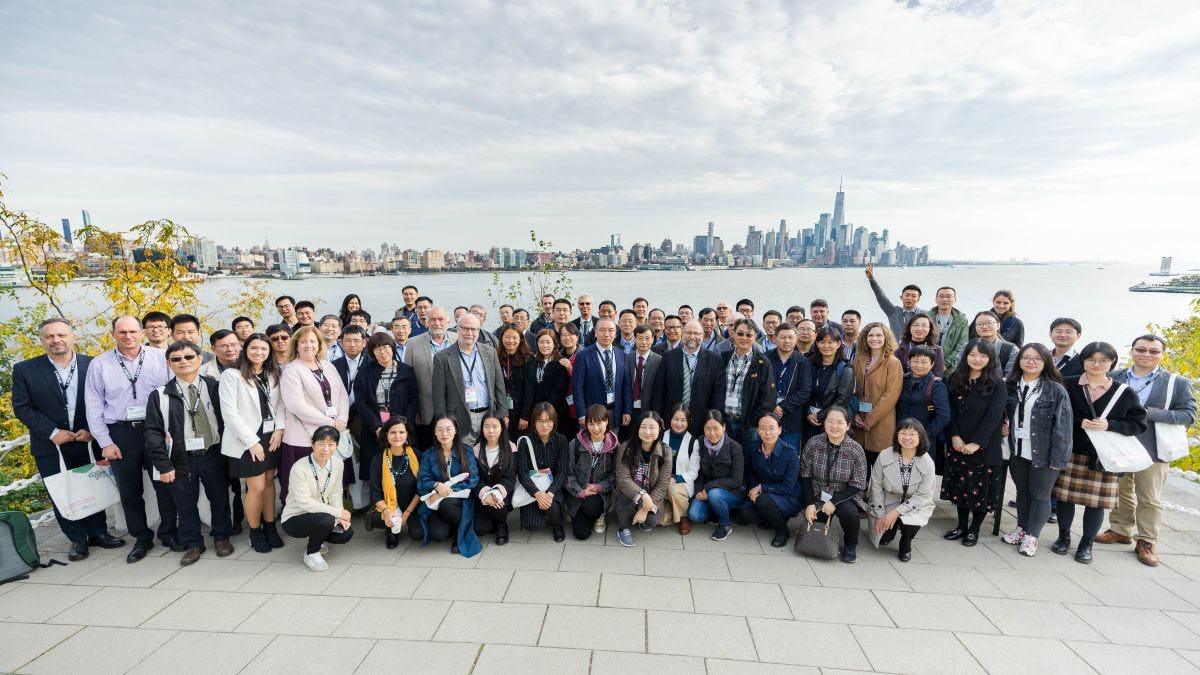 Human-made chemicals used on firefighting foams and consumer products, such as nonstick cookware, microwave popcorn bags, pizza boxes, stain-proof rugs, and waterproof clothing, have sparked a great deal of research in recent years. These chemicals, known as per- and polyfluoroalkyl substances (PFAS), took center stage in a special session at the 16th International Symposium on Persistent Toxic Substances (ISPTS), recently held on the campus of Stevens Institute of Technology in Hoboken, New Jersey.

Since 2004, ISPTS brings together scientists and experts from around the world to discuss the latest research and advancement in the areas of persistent toxic substances (PTS) and emerging contaminants. This year's event promoted the scientific exchange and collaboration of researchers and engineers from Stevens and more than 50 universities, institutes, and companies in the U.S., China, Switzerland, Greece, Germany, and Japan.

The event was kicked off with welcome speeches from Stevens President Nariman Favardin and Dean Jean Zu of the Stevens Schaefer School of Engineering and Science. Representatives from universities, industry, and governmental agencies such as the New Jersey Department of Environmental Protection (NJDEP) and the Interstate Technology & Regulatory Council (ITRC) participated in the event. Students from various universities around the world received awards, including the Young Scientist Award.

An unbreakable chemical bond that may cause health issues in humans 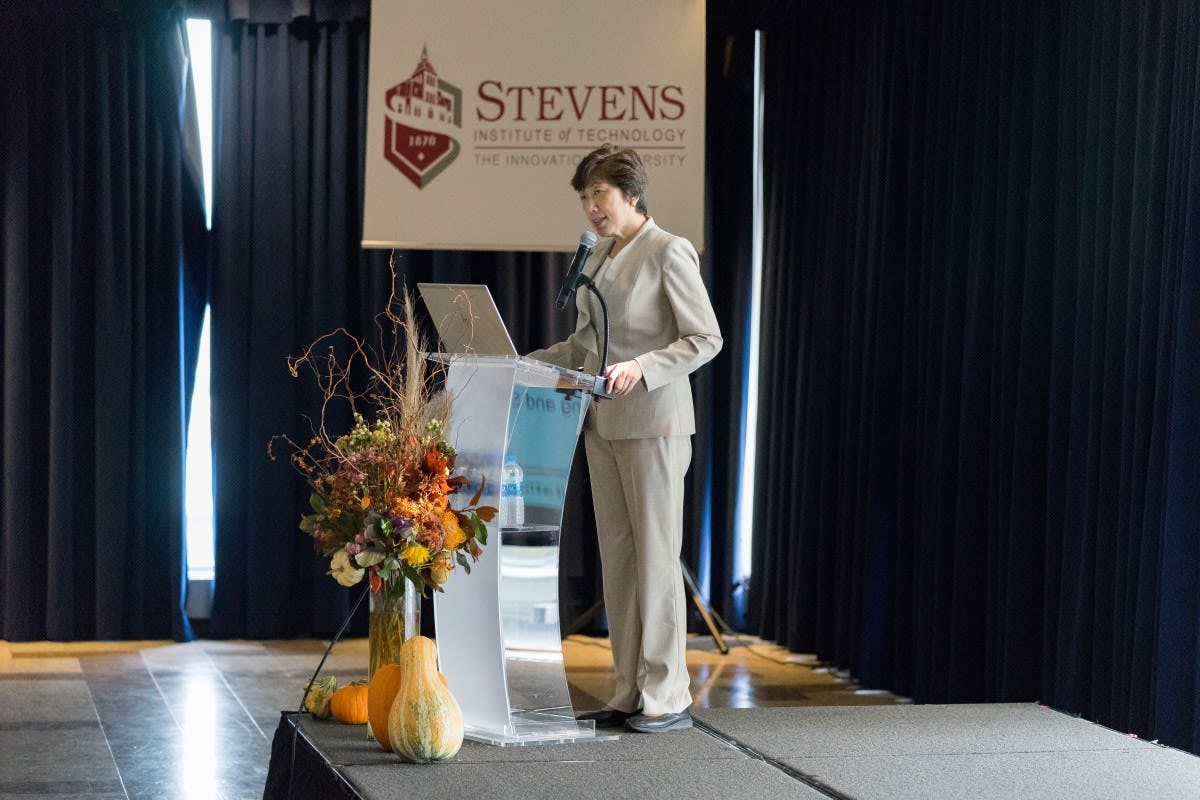 Meng explains that PFAS can stay in the environment for a long time, or “forever," due to the chemical bonds between carbon and fluorine atoms, which are one of the strongest bonds found in nature. Additional findings reported at the symposium reveals ties between PFAS and human health issues, including testicular and kidney cancer, developmental problems, endocrine disruption, and metabolic diseases such as type 2 diabetes, according to Meng.

But new research reveals opportunities to address the challenges. “I am very pleased to see the development of more effective physicochemical and biological treatment processes for the contaminants,” says Meng.

In a specific example, Meng highlights the findings presented by Professor Peter R. Jaffé of Princeton University, a plenary speaker at the event. “He reported the defluorination of two PFAS compounds by a wetland bacterium," says Meng. "These findings suggest that bioremediation could potentially be used to clean up PFAS contaminated soil and sediment,” he explains. 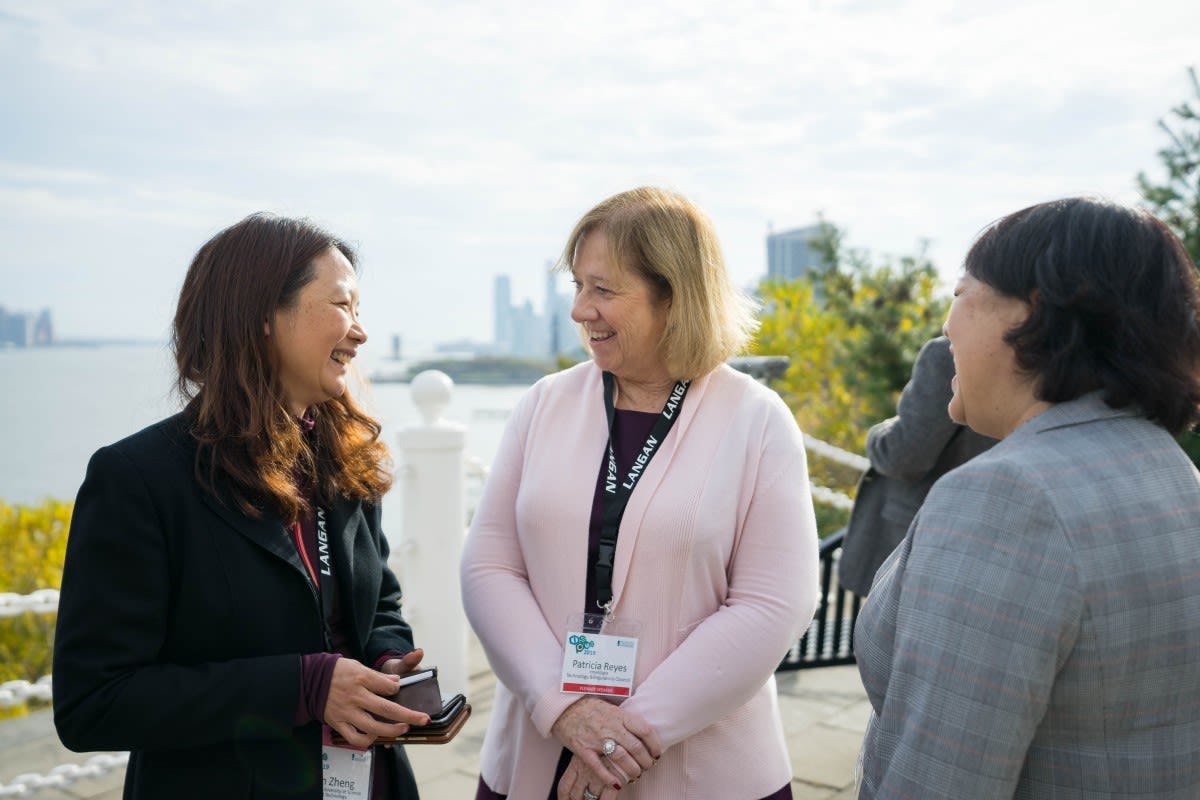 Other speakers at the event presented the latest development in regulations, toxicity, analyses, and treatment of PFAS. For example, Patricia Reyes, director of the Interstate Technology & Regulatory Council (ITRC) and plenary speaker at the event, discussed various regulatory standards and guidance values of PFAS set by federal and state environmental protection agencies.

On the last day of the symposium, participants toured the research laboratories at the Stevens Center for Environmental Systems (CES). Through collaboration with government agencies and industrial partners, CES generates new scientific knowledge, technology, and management practices that lead to novel solutions for the sustainable utilization of environmental resources.