Around and Beyond the World: An Extragalactic Astronomer Finds a Home at Stevens 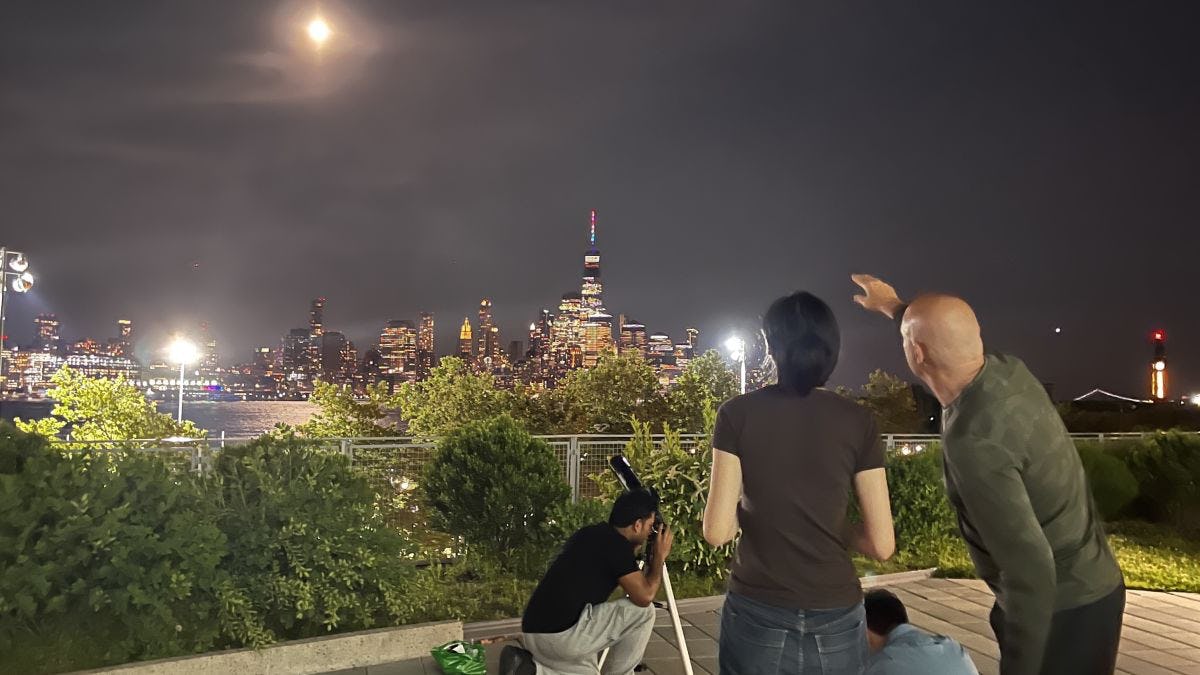 “I always enjoyed understanding things,” said teaching assistant professor and extragalactic astronomer Ting Lu. “Initially, [I was encouraged by my family] to pursue science and engineering, but afterward it became, I guess internal motivation — I just wanted to learn things and do well, and be around all those scientists in the academic environment. It’s just cool, it’s very stimulating.”

Lu traveled around the world to achieve her dream. She started in physics and optics, getting her undergraduate degree in optical engineering from Shandong University in Jinan, in the Shandong Province of China, and her master’s degree in condensed matter physics at Trent University in Peterborough, Ontario, Canada. 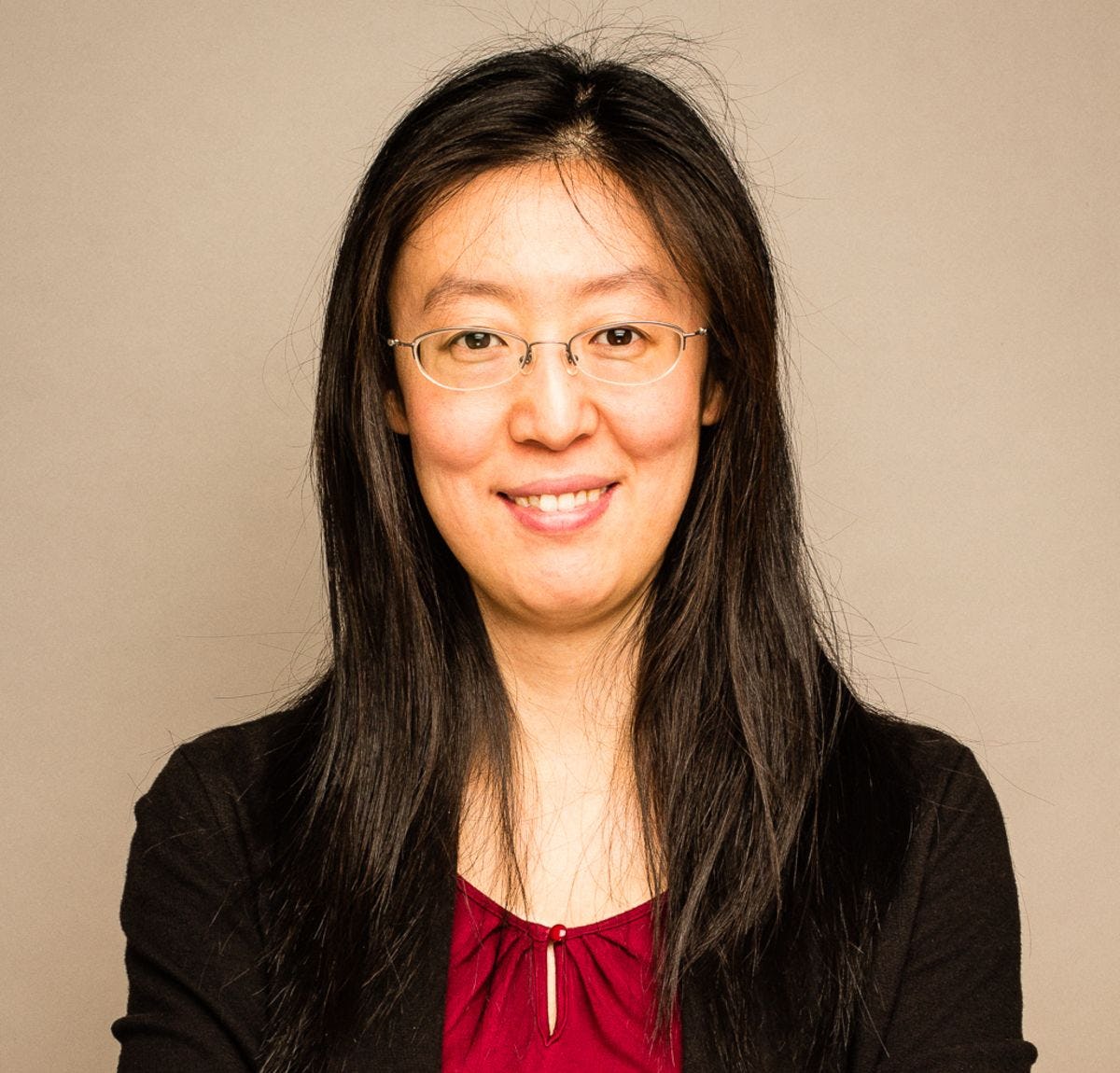 Physics Teaching Assistant Professor Ting LuHowever, her true love was space. “I was always interested in astronomy, I just didn’t realize, as a kid, it could be a career. By the time I got my master’s, I realized, ‘Oh, look at all those people with a Ph.D. in astronomy,’ and I realized I could do that as a career, so I switched.”

Her Ph.D. came from University of Waterloo in Ontario, on the other side of Toronto from Trent, where she had the opportunity to use equipment at the famed Las Campanas Observatory in Chile to complete her research. She then did a two-year postdoc at the ETH in Zurich, Switzerland, the Swiss Federal Institute of Technology.

Lu’s research focused on galaxy clusters – hundreds to thousands of galaxies that are grouped by their gravitational connection to one another. These clusters are interesting to scientists not only because most of their mass is from hot X-ray emitting gas and more importantly dark matter instead of stars, but also because of the complex interplay between galaxies and the intracluster medium.

Her graduate work in Canada and the subsequent postdoctoral research position in Switzerland continued her research on how clusters affect the properties of galaxies falling into them.

After that, it was back to Toronto, Canada for a five-year stint in industry. Her switch after her post-doc gave Lu a chance to push out of her comfort zone. There, she was a physicist for a healthcare company, doing radiation dosimetry to calculate the amount of radiation delivered to patients during radioactive diagnostic procedures such CT scans. The job required talking to clinicians, clients, people at trade shows, and really interacting with people in lots of different wheelhouses in a way that you don’t often get to in the ivory tower.

Her time in industry was definitely valuable. “In industry, I like the real-world application. It is real, if you don’t do this, there are consequences, tight deadlines. I do like seeing where theory and the real world merge together.”

Another benefit to working in industry is it makes plain just how many opportunities there are for people with physics and engineering degrees. “You don’t have to stay in academia, you don't have to teach, there are tons of options in industry as well. I know people in finance, data science, the medical field, image processing.” There are so many options.

However, Lu’s heart belonged to academia, particularly the teaching element, which led to her transition back to academia. She spent some time in California as a lecturer for California State University, Stanislaus, before moving back to the East Coast and taking a lecturer position at Stevens.  After many years of moving around, she is happy to have spent the last five years settling into New Jersey.

“In academia, I really like the stimulating, brilliant minds, just focused on exploring, pushing the frontier of human knowledge.” Particularly, Lu notes, fields like astronomy, where there is such a focus on pure understanding of the universe. Steven’s emphasis on teaching is one of the values that made her want to work there.

“I heard from people that Stevens is really focused on teaching, that the teaching faculty have good career advancement opportunities and the department and school are supportive.” So far, that seems to have borne out, as Lu has moved up from Lecturer to Teaching Assistant Professor.

She finds her students to be a source of great inspiration. “It is most rewarding when you see them on their ways to their bright future. When students make connections between what they learn in class and what they see out there, and when they make the connection on their own, that's the best thing ever.”

Lu says that she is always thinking of ways to improve her teaching, even as she is just walking around Hoboken. “I constantly have ideas for how to [better] explain things to my students. When you have to explain to other people, that is when you actually learn.” 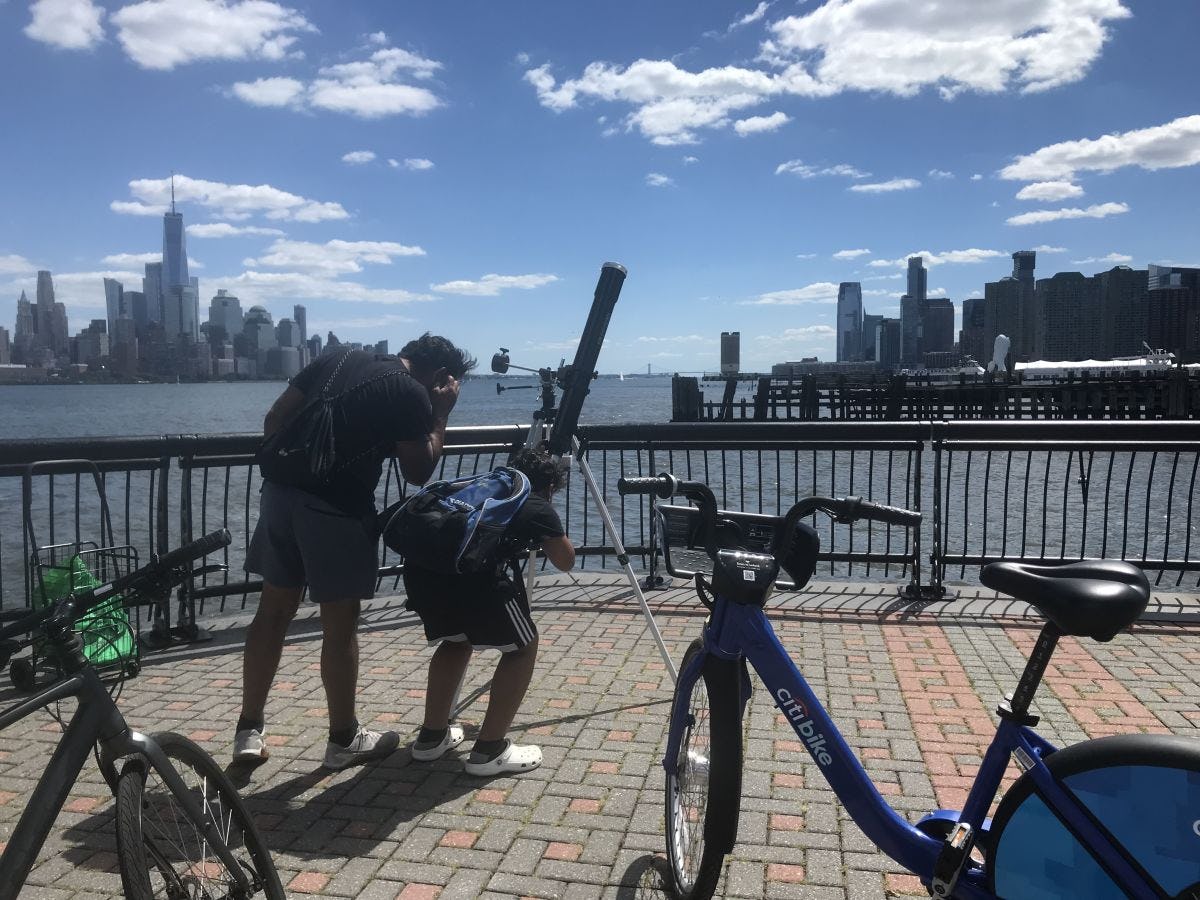 Hoboken residents get curious about physics professor Ting Lu's telescope on the Hudson River pier.Ting LuRecently, Lu started an Astronomy Club to give students a chance to learn more about the universe without the pressure of tests and grades. Lu set up telescopes on some of the local Hoboken piers and found that locals would stop and ask her about it. This has prompted  a desire from Lu to also do more outreach programs beyond just the Stevens campus.

As someone who has been in industry as well as in academics, Lu has a perspective that makes her a useful resource. Her biggest piece of advice has to do with the mindset around learning, a lesson she has applied over and over across all the different environments she has worked in. “Good grades are important but critical thinking is the most important thing. That is the skill that is beneficial to you after you graduate.“

Outside of work, Lu is an amateur viola player and is part of a community orchestra in Manhattan. She became interested in music in childhood when an aunt gave her a small piano. She took piano lessons for years in China, but given how much she moved over the next couple of decades, a piano was not the most practical instrument for her lifestyle. “I decided I should pick an instrument that I can carry with me wherever I go.”

Lu’s interest in stringed instruments was long standing, due to their beauty and in no small part to the physics that they embody. For Lu, “the viola is perfect.” Not too many people play it and it is small enough to be carried around while also having a satisfying lower pitch.

Coming up, Lu is excited to be teaching a cosmology class in addition to her usual introduction to astronomy. She is also in talks to add an astronomy series to Stevens Pre-College summer programs. She hopes to be getting the telescopes out as much as she can, for Steven’s students and for the Hoboken community. After years of moving around, Lu is finally settling in.

“I really do have my dream career,” said Lu. “I wouldn’t want to do anything else.”

Learn more about academic programs and research in the Department of Physics: