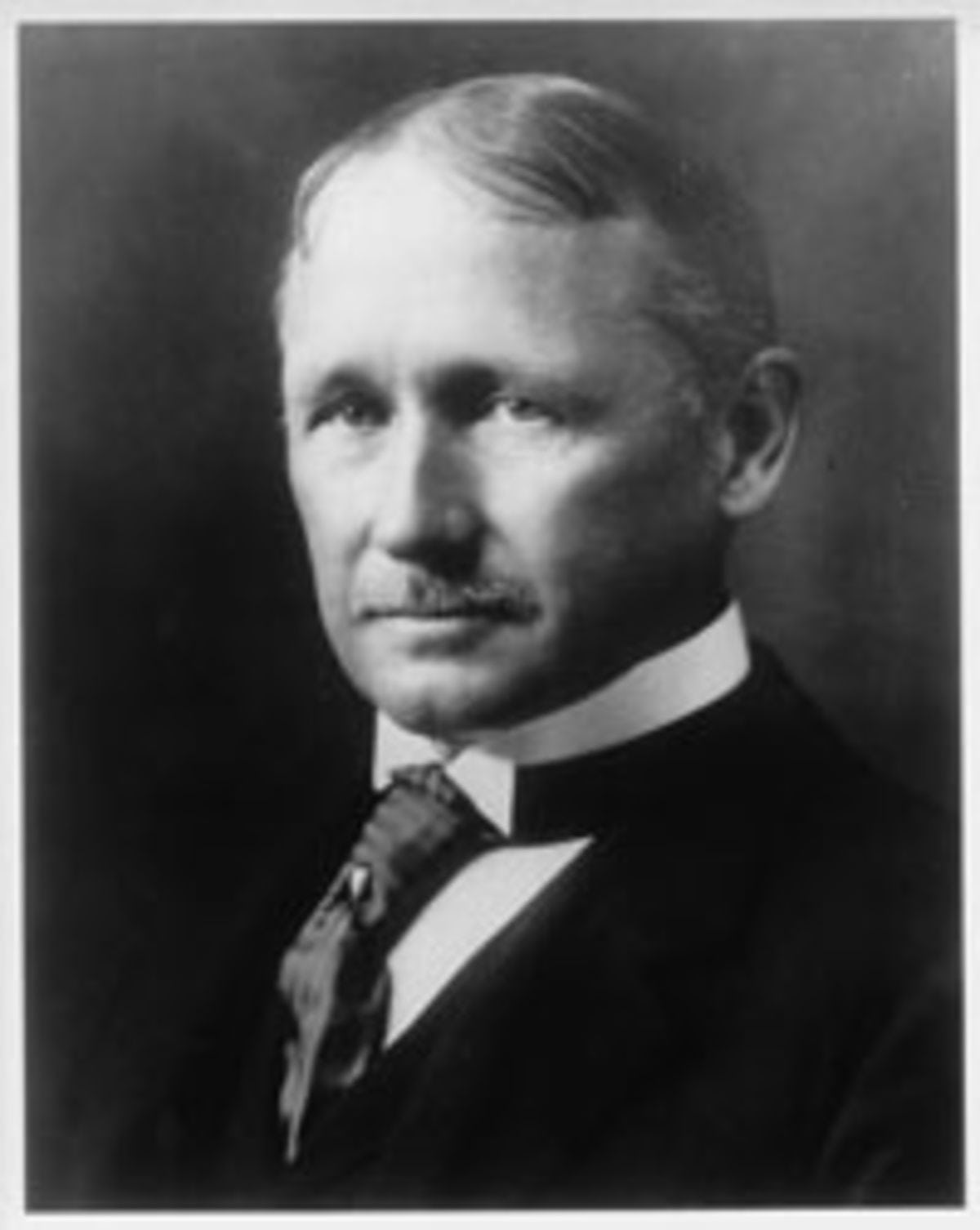 Frederick Winslow Taylor (1856-1915), pioneered the application of engineering principles to shop management in the movement that came to be known as scientific management. The collection consists largely of Taylor's personal and work-related correspondence, including his communications with companies interested in implementing scientific management.

Also included are rough drafts of his major publications, translations of his works on scientific management and the cutting of metal, examples of forms developed to improve shop efficiency, glass slides of factories and offices using scientific management, articles written by Taylor on his system, and responses from readers.

Correspondents include Louis Brandeis, Morris Llewellyn Cooke, Ida Tarbell, Henry Gantt, Upton Sinclair and the administrative officers of the American Society of Mechanical Engineers. Also included is a collection of memorial letters written by Taylor's associates after his death. Besides letters, the collection includes Taylor's work journal from Midvale Steel.

The Stevens library also houses a collection of the Taylor family's belongings, including portraits, photographs, furniture, and other ephemera.

Information and images from the Taylor collection are freely available for non-commercial use with the following acknowledgment:

John W. Lieb was born in Newark, New Jersey, on February 12, 1860, and graduated from Stevens with an M.E. in 1880. He then entered the service of Thomas A. Edison in January of 1881. In November 1882, Mr. Lieb was selected by Edison to set up and install the first Central Electric Station in Europe, which was in Milan, Italy. Lieb remained in Italy for 10 years. During his time in Italy as Chief Engineer of the Italian Edison Company, Lieb became interested in the work of Leonardo da Vinci. Lieb collected every worthwhile book, folio, pamphlet, or manuscript on Leonardo da Vinci that he could find.

The John W. Lieb Memorial Collection of Leonardo da Vinci was donated posthumously by Lieb’s close friend Samuel Insull and dedicated at Stevens Institute of Technology on Thomas Edison's birthday, February 11, 1932.  Although more ubiquitous today, at the time the collection was dedicated at Stevens it was described in The Stute newspaper as, “the collection for completeness, from the scholar’s point of view, is believed to be unrivaled in this country as it brings together in one place reproductions of all the known Vinciana documents preserved in various libraries in Europe, especially in Milan and in Paris and in the Windsor Castle collection in England.”

The U.S.S. Monitor is most famous for her role in the world's first naval battle between two ironclad warships.

Find out more about the collection. 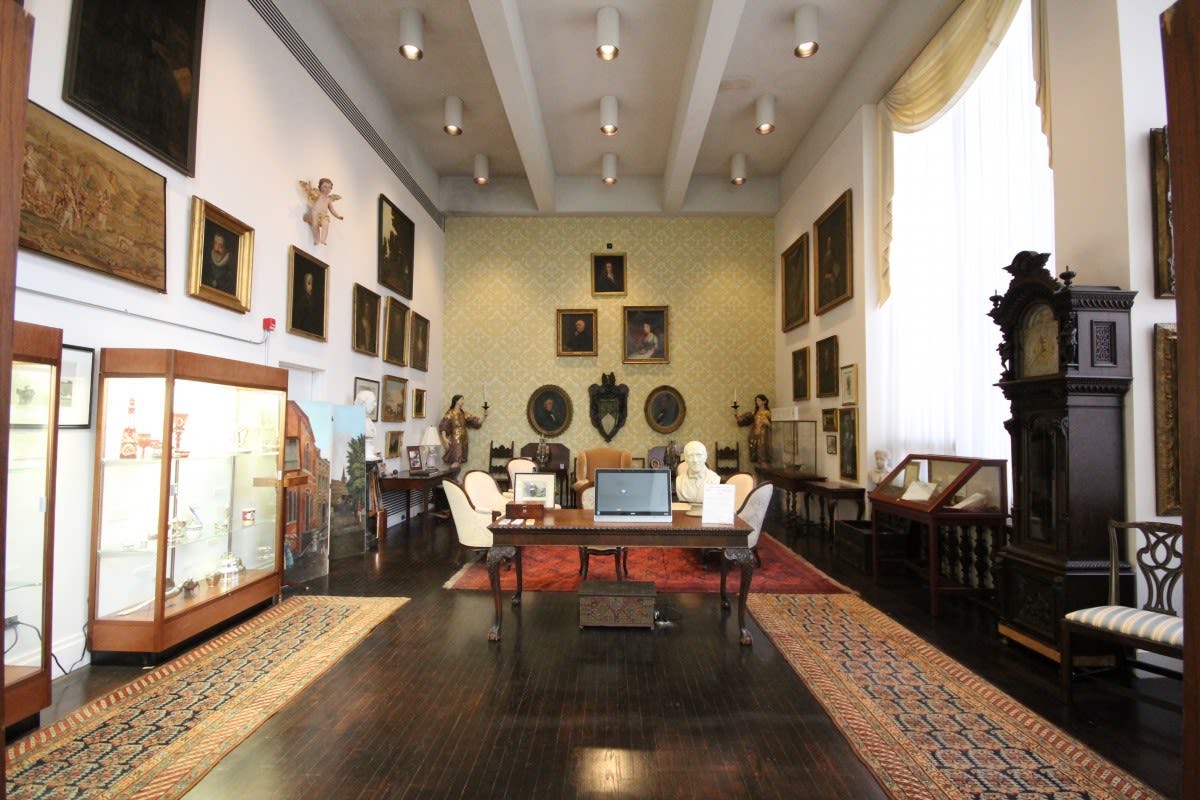 The Stevens family of Hoboken was a great engineering and inventor family of America. Colonel John Stevens was among the greatest engineers and naval architects of the 18th-19th century, was Treasurer of New Jersey during the active period of the Revolutionary War and labored throughout his life for the application of steamboat navigation and railroad locomotion.

Colonel John Stevens, considered by many to be the father of American railroads, was an early advocate for steam-powered railroads for improved transportation. He traveled to Europe to conduct research on railroads in the early 1800s. In 1810, when plans for the Erie Canal were being discussed, Colonel Stevens began to campaign for his railroad ideas. He suggested to the New York legislature the advisability of constructing a railroad across the Hudson River to Lake Erie, instead of building the Erie Canal. In 1812, Colonel John published a pamphlet on steam railways vs. canals; it was the first American publication on railroads. In 1825 he built a steam locomotive with multitubular boiler, which he operated on a circular track at twelve miles an hour, carrying passengers at his own expense on his property in Hoboken. This was the first steam locomotive that ever ran on a railroad in America.

Colonel John Stevens and his wife Rachel had 13 children. The most well-known of their clan were John Cox Stevens (1785-1857), Robert Livingston Stevens (1787-1856), and Edwin Augustus Stevens (1795-1868), the founder of Stevens Institute of Technology. Colonel John Stevens won land (now known as the town of Hoboken) in an auction in 1784 for $90,000. He soon brought his family over the Hudson River in the early 1800s and established a family home known to the locals later as “Castle Stevens.” When Edwin A. Stevens passed away in 1868 he delegated in his will a bequest to establish an “institution of learning,” which  laid the groundwork for Stevens Institute of Technology, firmly anchoring the Stevens family legacy in Hoboken. The Stevens Institute of Technology is America’s first college devoted to mechanical engineering.

The Stevens Family Collection consists of manuscripts, pamphlets, correspondence, ephemera, articles, and photographs documenting the Stevens family of Hoboken. In addition, we have many artifacts, furniture pieces and paintings once owned by the Stevens family in our collection. Some of these items are permanently on display in the Mary Stuart Stevens Baird room on the first floor of the Samuel C. Williams Library.