Schaefer School of Engineering and Science

This talk focuses on technologies for Electromagnetic Spectrum Operations in a contested spectrum environment, also known as Electronic Warfare. We will discuss the challenges that operating in a contested electromagnetic environment presents, and the realities driving the acceleration of these capabilities. In addition, we will explore the technologies that are being developed to address these challenges and how they integrate into an electronic battlespace. 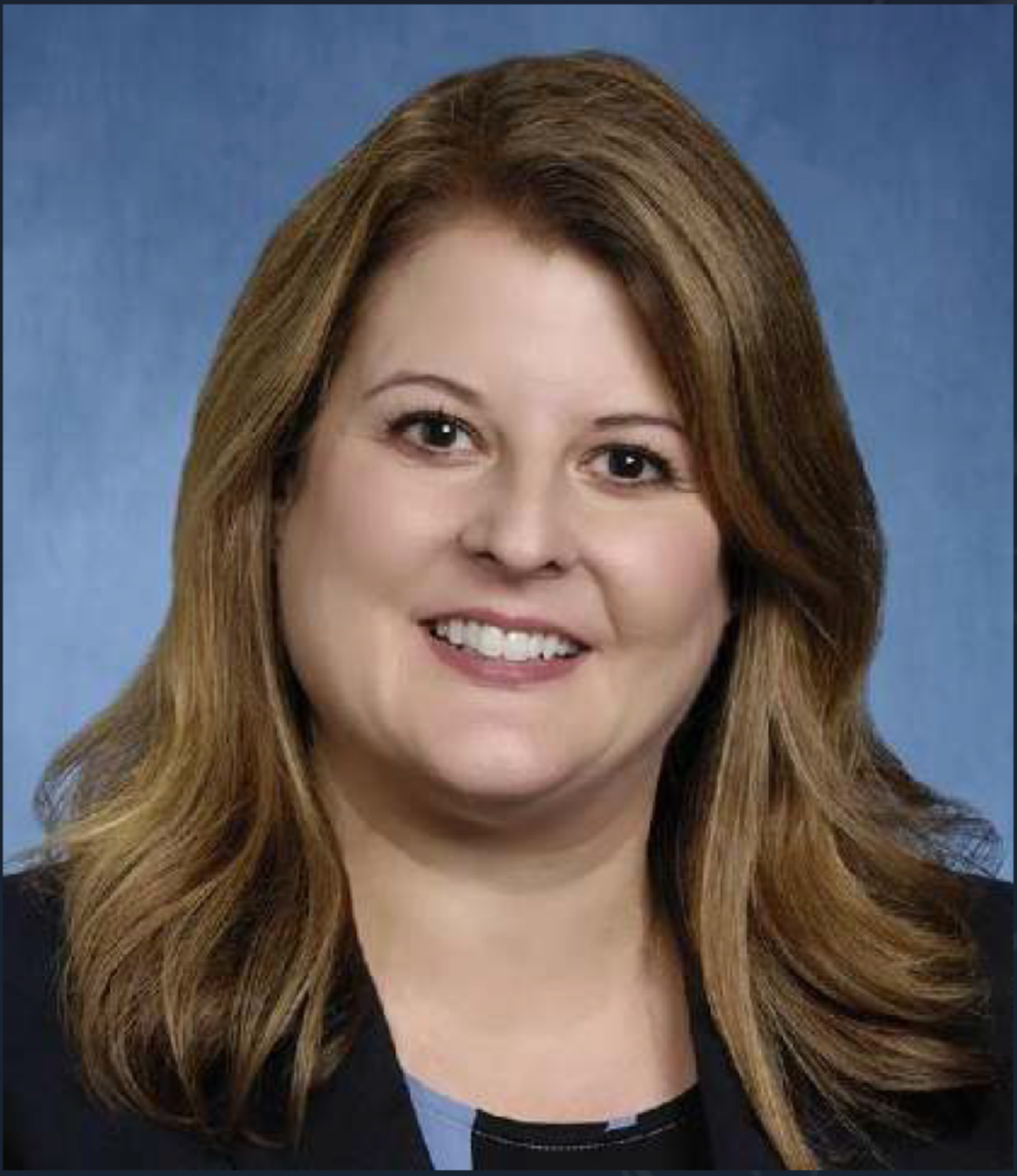 Jennifer Lewis is President of Electronic Warfare for L3Harris Technologies. Lewis is responsible for strategy, financial performance, execution excellence and growth for the Electronic Warfare sector. The portfolio includes electronic and radar systems across the airborne, maritime and ground domains. Prior to this role, Lewis served as vice president and general manager for the F-35 Mission Avionics division for production, as well as Tech Refresh 3 (TR3) development and transition to production. The TR3 subsystems include the Aircraft Memory System, Panoramic Cockpit Display and Integrated Core Processor – all of which a  game-changing critical infrastructure upgrade to enable future warfighter capability against next generation threats. Lewis led the completion of development through safety of flight testing and transition to production. Lewis joined Harris Corporation in 2018 as vice president of Engineering for the Electronic Systems segment. After the merger with L3 Technologies in 2019, Lewis served as vice president of Engineering for the $5.4B Integrated Mission Systems segment of L3Harris Technologies. In this role, she was responsible for integrating the engineering function of ~5,700 engineers delivering a portfolio of C5, Intelligence, Surveillance, Reconnaissance and Targeting solutions across all domains.

Prior to joining Harris, Lewis served as senior director of Systems Engineering at Raytheon’s Integrated Defense Systems business, where she was responsible for developing mission solutions for air and missile defense, C4I and undersea systems, and delivering execution excellence for a growing national prime systems engineering organization. Lewis has 20 years of leadership experience, including extensive experience in building and integrating mission systems across missile defense, C4I, land and sea based radars, and airborne systems. Lewis has a bachelor’s degree in math and computer science and a master’s degree in computer science, from Boston University. 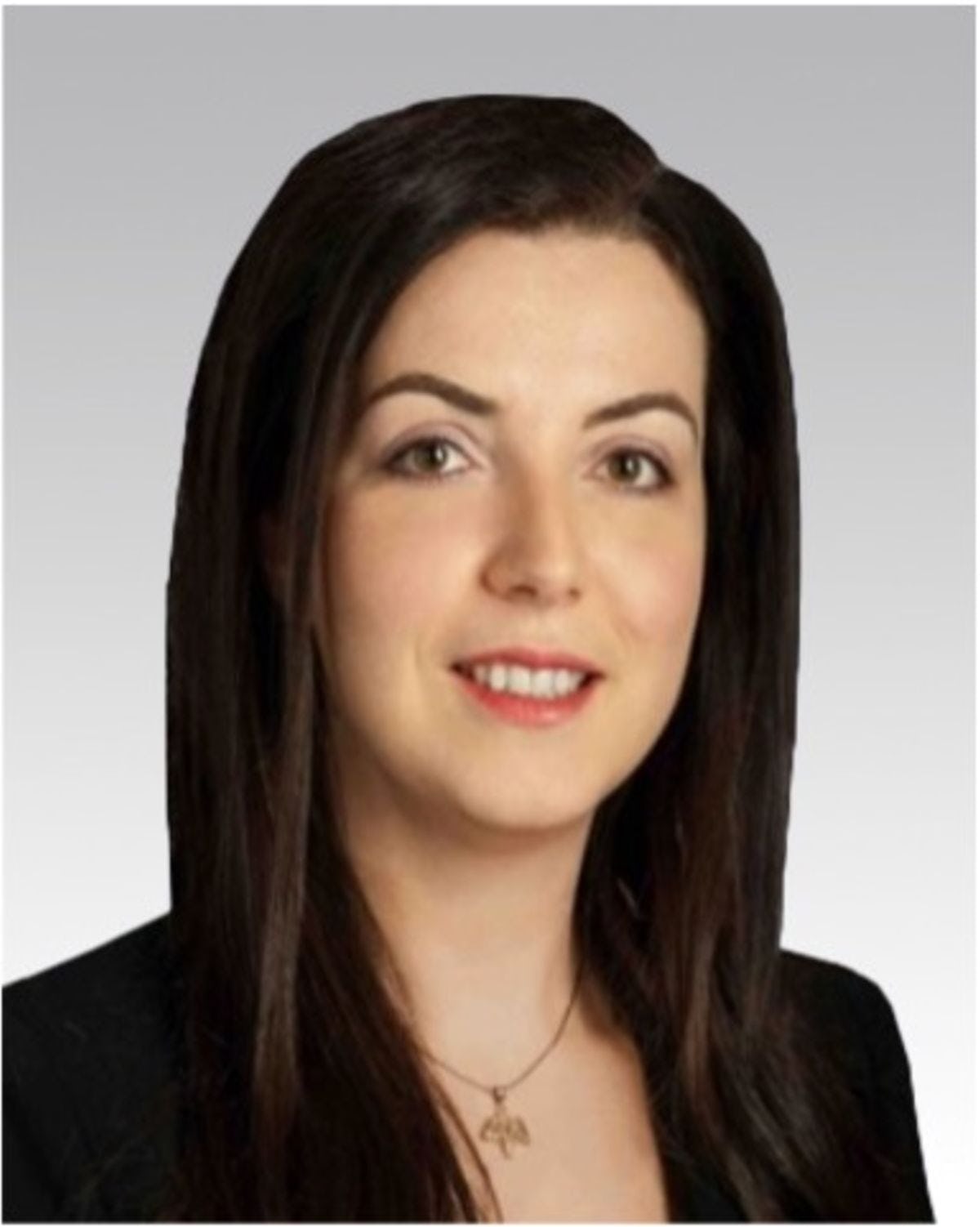 Eva Bica-Winterling is the General manager, Mission Solutions, Electronic Warfare for the Space and Airborne Systems segment of L3Harris Technologies. Mission Solutions includes a portfolio of electronic warfare and radar systems across the airborne, maritime, and ground domains. Winterling assumed this position in late 2019 and is responsible for the program execution and financial performance of the division. Additionally, her responsibilities include internal research and development portfolio management and project selection, as well as new business capture that supports the strategic growth goals of the division. She reports to the President, Electronic Warfare.

Before joining L3Harris, Eva was the F135 Sustainment Director at Pratt & Whitney, UTC responsible for F135 sustainment strategy, program execution, business capture, affordability and digital strategy. Her prior roles included various production, sustainment and business capture positions in the F135 Program office as well as engineering positions on space programs.  She served on the Mechanical Engineering Advisory Board at Stevens Institute of Technology. She is a member of the Project Management Institute and has been awarded an invention patent. Eva holds a Master of Business Administration in technology management from University of Connecticut, an Emerging Leaders Certificate from Darden Business School at the University of Virginia, and a Bachelor of Engineering in mechanical engineering from Stevens Institute of Technology. 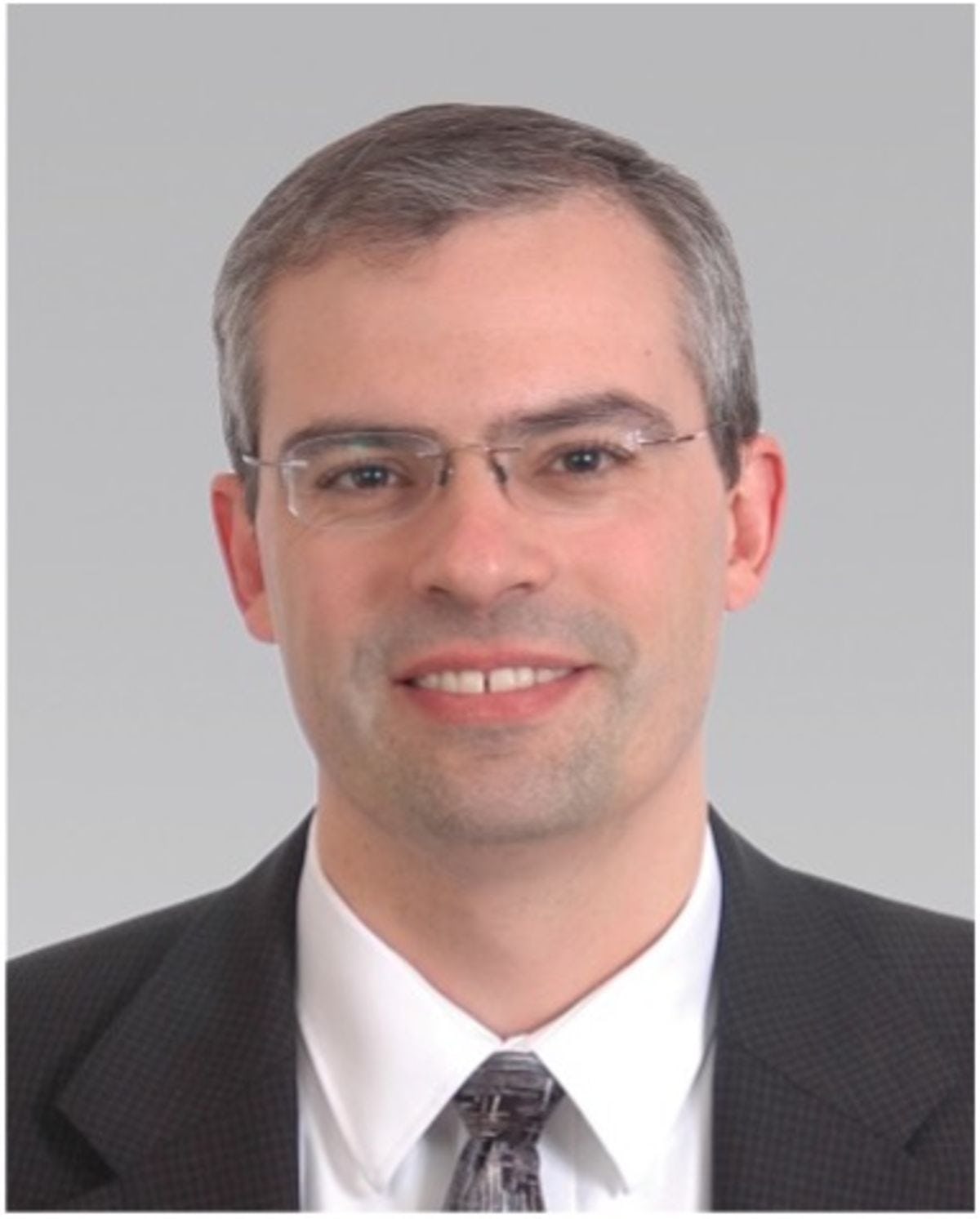 Drew Trainor is the Electronic Warfare (EW) sector Chief Engineer. In this role, he leads engineering and manages technology investments for the sector’s programs delivering EW products to domestic and international customers. Trainor is based in Clifton, NJ.

Most recently, Trainor served as the General Manager of the Electronic Defensive Solutions (EDS) division leading its portfolio of development, production, and sustainment programs.  Prior to this role Trainor was Enterprise Leader for EW Rotary programs and before that in program management in Positioning, Navigation, and Timing (PNT) leading the Global Positioning System (GPS) programs including satellite payload and ground control systems.

Trainor joined Harris in 2007 as program manager of various communication products including software defined radio waveforms and network management applications. Trainor holds a Bachelor of Science in electrical engineering from Rensselaer Polytechnic Institute, a Master of Science in electrical engineering from the University of Illinois and a Master of Business Administration from New York University. 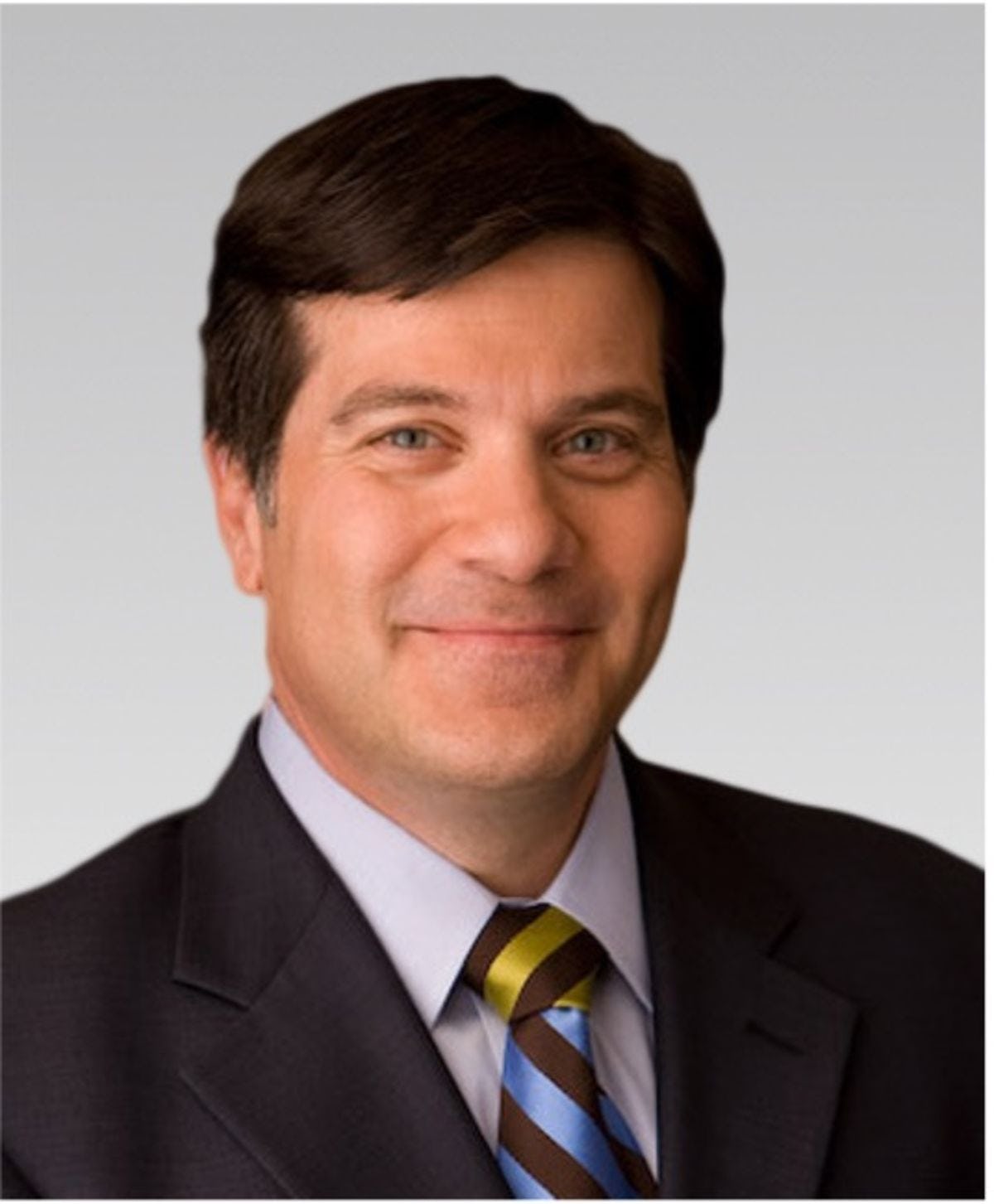 Paul’s 40-year professional career includes serving as a Senior Advisor to the Boston Consulting Group’s Aerospace practice, CTO for DataRobot’s defense and intelligence sector and as a member of the Executive Leadership Team, Corporate Vice President and Chief Technology Officer for L3 Technologies, a $11B global Aerospace and Defense company. Over his career, he has been the Chief Technology Officer and also held the position of Vice President in charge of a multifunctional technical organization with responsibility for engineering, product development and R&D.

Paul has been in senior leadership roles responsible for management of a $400M R&D portfolio, technology strategy and innovation. Paul has had leadership responsibility in over 20 and mergers and acquisitions and on a billion-dollar M&A transaction resulting in the formation of new publicly traded company. He most recently served on the L3 Integration Management Office for the L3 Technologies, Inc. and Harris Corporation merger of equals which closed in late June 2019.

Paul is a recognized industry leader in technology strategy and innovation, most notably in the areas of Satellite Communications, Electronic Warfare, Unmanned Systems, Intelligence Surveillance and Reconnaissance (ISR) and commercial wireless.

Prior to joining L3, Paul was the Vice President of System Implementation & Technical Operations for Sirius Satellite Radio. As one of the first 20 employees at Sirius, Paul created a word class team responsible for the development and implementation of the USA’s first satellite digital audio radio service, overseeing the successful commercial service launch in 2002.

Paul was a member of the senior technical staff at Lockheed Martin, where he was responsible for the integration, flight-testing and initial operational fielding of Electronic Warfare systems for US and international customers. He served as the interface between the operators and systems engineering, responsible for translating operational needs into systems requirements.

Paul graduated from the Wharton Executive Leadership Development Program at the University of Pennsylvania and completed the MIT Sloan course on Artificial Intelligence. Mr. DeLia also serves as an independent reviewer of R&D projects for the International Space Station National Laboratory.

This event is open to all Stevens faculty, staff, students, alumni, and invited guests. PLEASE NOTE: Masking in campus facilities is optional, although strongly encouraged at large events.