I will describe my group’s efforts and collaborations to solve two challenging heat transfer problems using a tight integration of modeling and experimentation.

The first part will explore the evaporation from a water meniscus, which is relevant for designing heat pipes and understanding evaporation from a nanostructured surface. Frequency-domain thermoreflectance (FDTR) experiments are used to probe the meniscus, whose spatial extent is on the order of microns. Because this length scale is comparable to the FDTR laser spot size, standard analysis approaches that assume a uniform thickness cannot be applied. Instead, a neural network model trained on finite element simulations is built to extract the spatial dependence of the evaporation heat transfer coefficient with sub-micron resolution. At ambient conditions with a 20 K superheat, the maximum value is on the order of 1 MW/m^2-K.

The second part will analyze the metal cap/metal contact/dielectric junction on the top of a transistor. Increasing its thermal boundary conductance (TBC) may enable top-side heat removal. Two-temperature model molecular dynamics (MD) simulations are applied to recreate the experimental observation that the junction TBC increases as the contact thickness increases. The MD simulations reveal a correlation between the junction TBC and the electron-phonon coupling in the contact. This correlation is combined with an analytical solution to the two-temperature model to propose a model that predicts how TBC varies with contact thickness. The model is validated against more than 100 measurements, which collapse onto a single curve. Through physically-motivated approximations, the model reduces to a simple thermal circuit that maintains high predictive ability. 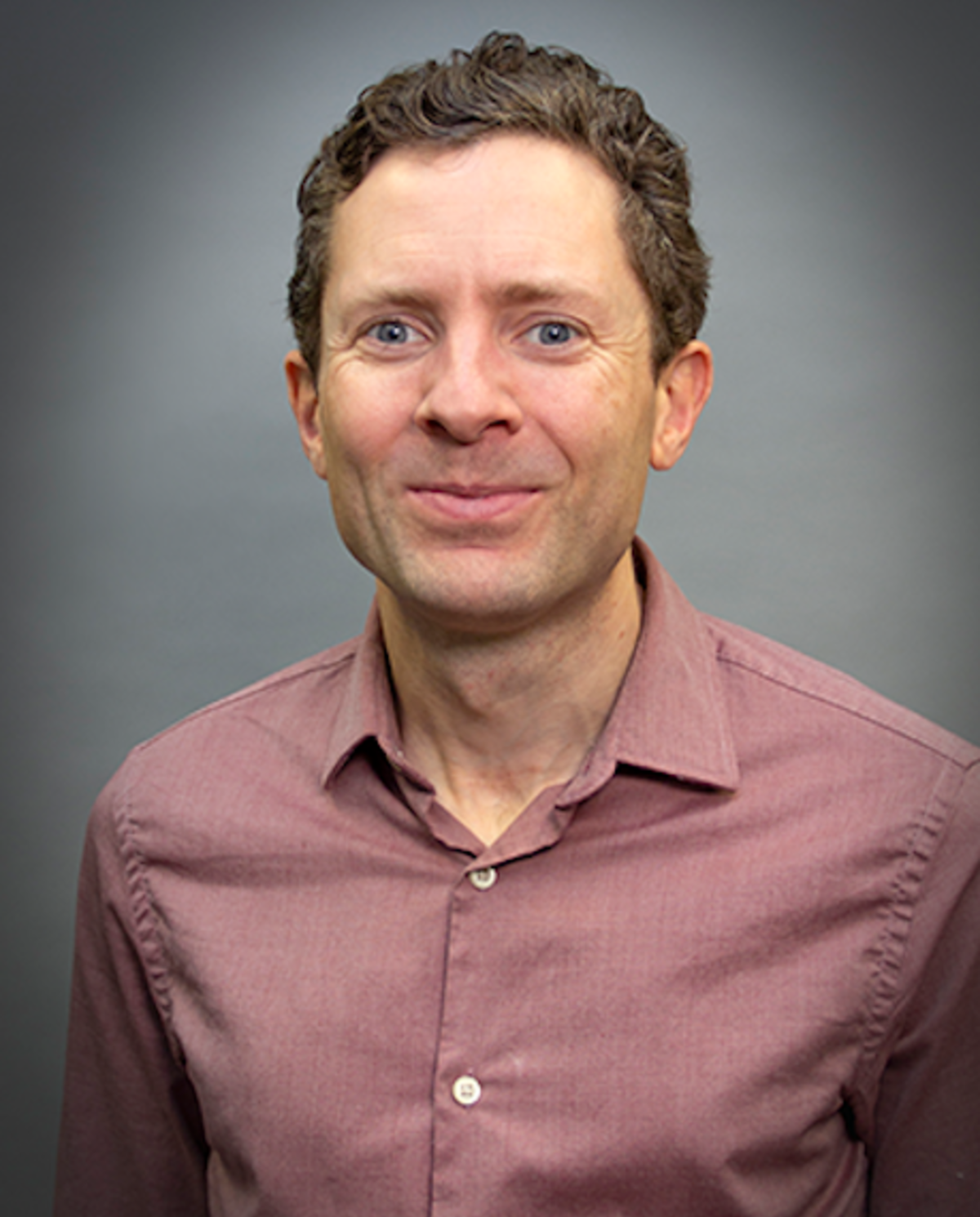 Dr. Alan McGaughey is the Trustee Professor of Mechanical Engineering at Carnegie Mellon University with a courtesy appointment in Materials Science & Engineering. He holds B.Eng., M.A.Sc., and Ph.D. degrees in mechanical engineering from McMaster University, the University of Toronto, and the University of Michigan. His research group has been supported by NSF, DOE, AFOSR, ARO, and DARPA. He is a fellow of the ASME and the APS. He won the Air Force Office of Scientific Research Young Investigator Program award, was a Harrington Faculty Fellow at the University of Texas at Austin, and won the Teare Teaching Award at CMU. He has been voted "Professor of the Year" by the CMU mechanical engineering senior class three times. He has given invited talks and seminars on modeling nanoscale transport phenomena across the United States and in Canada, Chile, China, France, Japan, Korea, and Singapore.